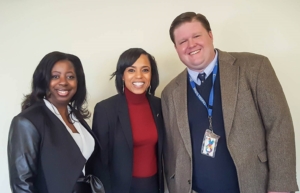 In June, the Chelsea School Board of Governors announced two exciting position changes for the school’s senior leadership. Kristal Weems-Bradner, former Dean of Students and Co-Head of School, has returned to Chelsea and has taken on the role of Head of School. Frank Mills, former Head of School, is assuming the role of Executive Director. Ms. Weems-Bradner will be responsible for the internal day-to-day operations of the school, while Mr. Mills focuses on external concerns such as fundraising, development, and sustainability.

Inside Virtual ESY Moving and Grooving
Scroll to top