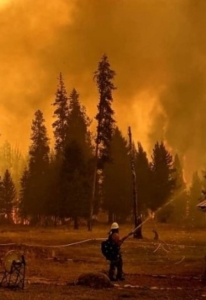 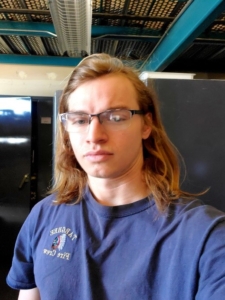 This year’s forest fire season has been particularly daunting. Between January and October 2021, there were over 46,000 fires consuming almost 6 million acres of forest. Teams of firefighters from the US Forest Service have been dispatched to contain and extinguish these fires. It is an exhausting, dangerous, and mostly thankless job. One of Chelsea’s own is currently in the middle of all this, fighting these fires in an attempt to save our nation’s forests.

Alex Navari is a 2014 graduate of Chelsea School. After high school, Alex completed a gap year working in Alaska for the Bureau of Land Management. He then went on to earn a degree in Environmental Science and Sustainability from Eastern Mennonite University.

As part of a fire crew this year, Alex has spent 2-3 weeks at a time living in the woods in a tent, cabin, or lean-to. He spends long days working in an extremely challenging environment, battling heat, smoke, and exhaustion.

When asked about the impact that Chelsea School had on his life, Alex’s father commented: “Chelsea School believed in Alexander when other schools did not, or did not have the resources, staff and training to help children with reading-based leaning challenges.  Today Alex applies his Environmental Science skills working for the US Forest Service on a fire crew protecting the nations precious forest including the sacred Sequoias which stand over 300 feet tall.” Chelsea School is incredibly proud of Alex for his service to our country and its natural resources.” 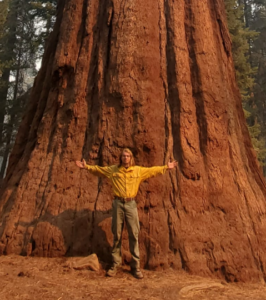 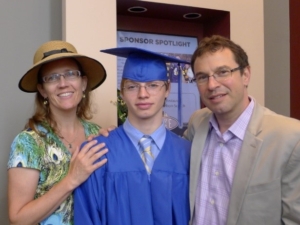 Alex and his parents at graduation, 2014